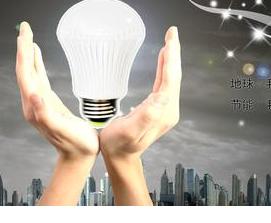 Earth Hour is a global energy-saving campaign that advocates home and business users to shut down unnecessary lights and power products for an hour at 20:30 p.m. local time on the last Saturday of March each year. It is hoped that this activity will promote power management, reduce energy consumption, and arouse people's awareness of actual actions to cope with global warming.

The event was originally initiated by the environmental group World Wildlife Fund Australia and Sydney Morning Front, and the first event was held on March 31, 2007, from 8:30 to 9:30 in Sydney, Australia. Nearly 2.2 million people participated in the Earth Hour in 2007, which is believed to save 2.2% to 10.2% of the city's electricity supply on the day. In 2008, the event was promoted to more than 40 cities around the world. Nearly 380 cities and towns relayed the activity.

The "Earth Hour" event of 2013 was held on March 23rd. Over 150 countries around the world have been out for one hour for the earth's sustainable development to support Earth Hour activities. This year is the sixth year that "Earth Hour" has settled in China. This year's "Earth One Hour" event on March 29 this year featured the theme "Blue Sky Self Creation" and called for more people to pay attention to air pollution, promote solutions, cope with haze and recover the blue sky. Today, environmental protection has become a focus of public concern. Environmental protection is of course a social topic. It is also a scientific topic and requires scientific and rational methods of operation. The "Earth Hour" energy-saving spirit is promoted to daily life, reducing energy waste and slowing the growth rate of urban power demand. This is the real way of environmental protection.

The actual role of "Earth Hour" may not be as great as some people expect, but the actual purpose of this activity is to create "news effects" and to arouse the public's attention to environmental and energy issues. Although the electricity consumption during the one-hour period will indeed be reduced, it is not feasible to rely on the a€?Earth Houra€? activity to achieve large-scale energy-saving and emission reduction. The electricity that can be reduced by "Earth Hour" is mainly from lighting electricity. According to statistics, lighting power consumption accounts for about 13% of the total electricity consumption in the country. In response to the call, Sanya closed the landscape lighting on the evening of the 29th in the city for an hour. Sanya is a city with such blue sky and blue sky. It does not know how the northern regions that are really haunted by haze will participate in the "Earth Hour."

Energy conservation and environmental protection is a hot topic in recent years, from temples to villagers. In 2014, it ranked among the top ten hot spots of the 2014 Baidu Index Internet users. New energy, energy saving and consumption reduction are the goals pursued by the world and are inevitable sunrise industries. LED lighting ranks among the top 6 industries in the Chaoyang area. How to achieve prosperity and promote popularization is one of the keys. The National Development and Reform Commission, the United Nations Development Program/Global Environment Facility "China's Phase-out of Incandescent Lamps, and Faster Promotion of Energy-saving Lights" project's "Farewell to Incandescent Light Bulbs and Green Life" series of publicity activities is an event launched by the National Development and Reform Commission in response to actual people's livelihood needs. One of the activities, the purpose is to pass the concept of green low-carbon to everyone's heart.

"Earth Hour" should not be just an ordinary citizen's environmental protection move. It should be the actual commitment of the lighting industry to lead green consumption and build a better future. Let us act together and leave the children with a green earth and a beautiful tomorrow!